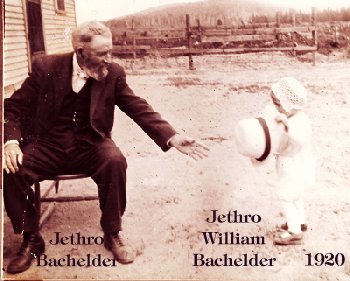 Born in Rougemont in 1840, Jethro was the great grandson of Captain Sias Bachelder and grandson of Daniel Bachelder, both residents of the American Colonies in the late 18th Century and staunch Empire Loyalists. However, it was Jethro’s father, another Daniel Bachelder, along with an uncle, also named Sias, who became one of Rougemont’s earliest settlers back in 1818 and helped establish the Bachelder family’s legacy in our community.

This article is devoted to briefly chronicling that history, with special emphasis on Jethro’s story. The piece includes comments from Jethro’s grandson, Stan Bachelder, about his memories of growing up in Rougemont.

Back in 1818, there were about 40 families living in Rougement. Following their arrival in the community, Daniel and Sias each purchased farms for about $400 a piece. Daniel had two wives and nine children, Jethro being the youngest. Daniel served as the first postmaster of Rougemont and was named an honorary Lt. Colonel after serving in the militia during the Lower Canada Rebellion in the late 1830s.

By all accounts, Jethro was quite a rebel himself. Before settling down in Rougemont, he ventured to the U.S. mid-west, where he earned a living driving supply wagons from Omaha, Nebraska to Denver, Colorado (a 600-mile roundtrip) to resupply the gold miners at Pike’s Peak Colorado. Needless to say, the job was fraught with danger. Not only was the U.S. at war or in a state of post-war chaos at the time — the Civil War was fought from 1861 to 1865 — but the work involved traveling through areas populated by hostile Native Americans and protecting the goods from gangs of thieves. Fortunately, he returned safely and went on to marry Sarah Cousens in 1867. 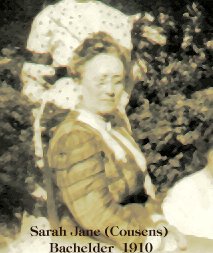 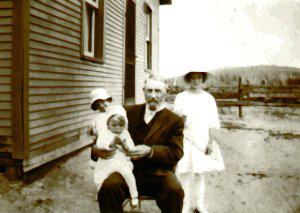 1920 - Jethro Bachelder with the children of his son George. From left, Carol, Gethro (Buddy) and Doris.

Sarah and Jethro had eight children, the youngest being Arthur, born in 1875. After the passing of Sarah in 1923, Jethro left Rougemont and headed west to Manitoba, where he visited for a time with Arthur. 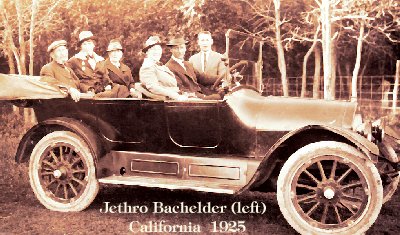 Later, he settled in Los Angeles, California, where he died in 1933. His remains were brought home to Rougemont for burial in St. Thomas Church cemetery. 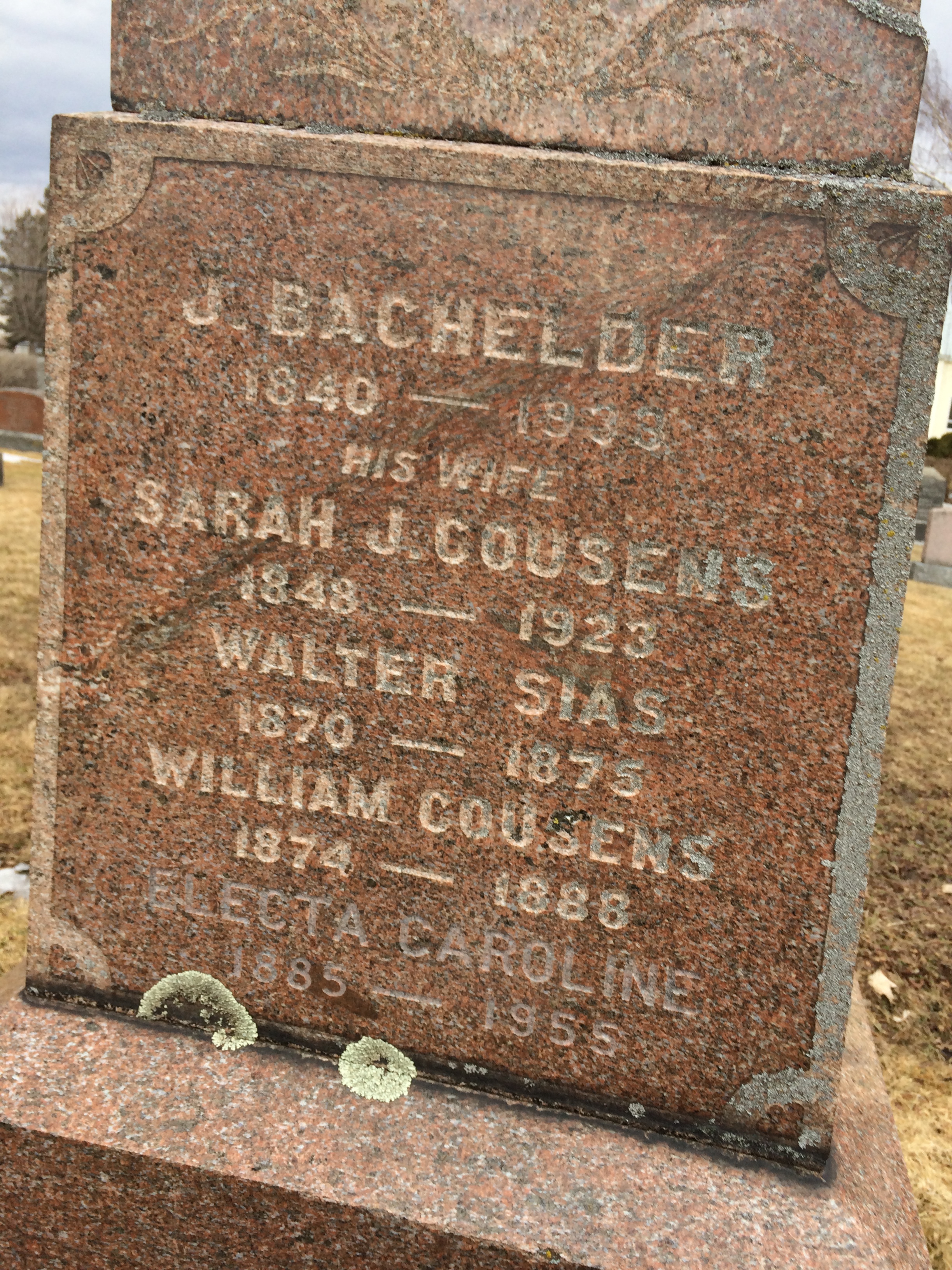 Among his talents, Jethro was a prolific writer and diarist, and his accounts of his life and travels can be found today on the Internet.

Arthur married Myrtle (Standish) and moved to Manitoba in the 1920s to work a 685-acre farm. It couldn’t have been an easy living given this was the era of the Dust Bowls of the Great Depression. 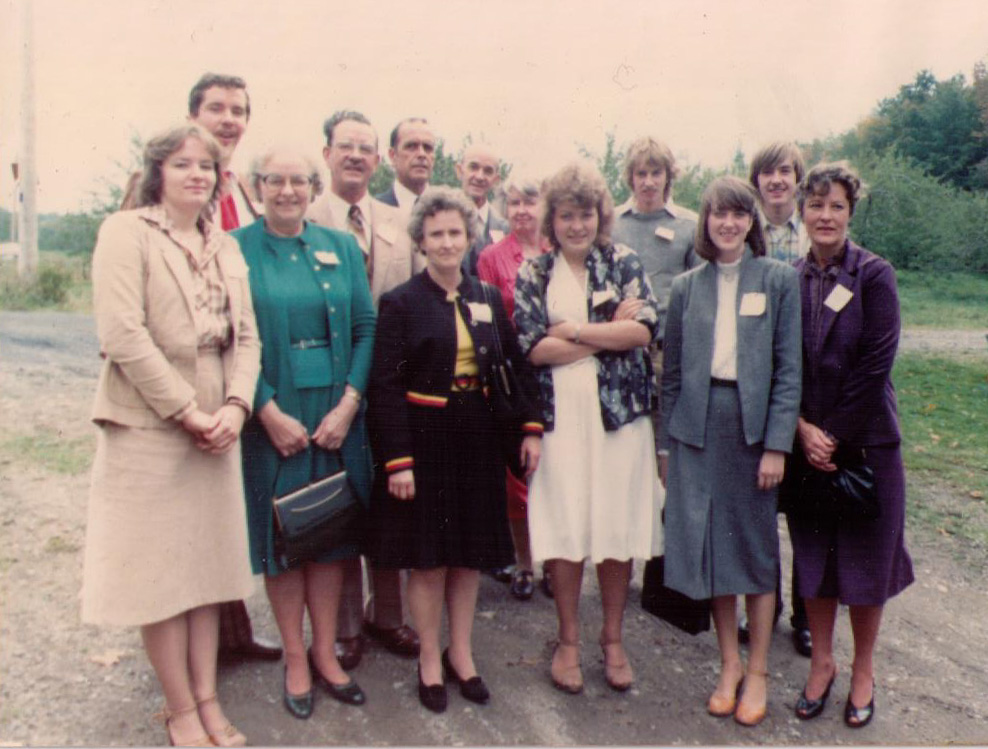 In Back: Lorne Jr., Lorne, Kenneth, Granville, Helen, and son’s Arthur and Briana 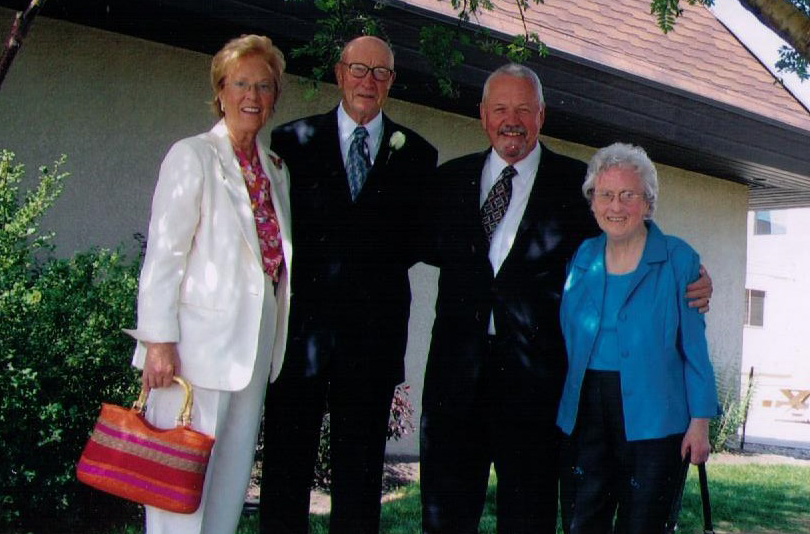 When I asked Stan about some of his fondest memories of growing up in Rougemont, he said riding bicycles and going skiing (yes, Rougemont had a commercial ski facility back then) with his good friends, Johnny and Billy Standish. Although going on family vacations certainly wasn’t as popular as it is today, Stan recalled enjoying picnics and swimming in the lake on top of Rougemont mountain as a kid.

He also spoke warmly about growing up in his Uncle Stanley’s (Bachelder) house at 95 Rang de la Montagne. Legend has it that Uncle Stanley’s spirit still roams from room to room throughout the home, which is presently occupied by Colin and Linda Standish.

Jethro died five years before Stan was born, so he has no personal recollections of his grandfather. But he related that the old family farmhouse and barn can still be found on the grounds of L’Abbaye Cistercienne. Imagine the treasure trove of history that might lie hidden there.

Stan went on to forge a successful sales career with well-known companies such as SunLife Assurance, Avon Cosmetics and NCR (even becoming its top sales representative in North America at one time). He has six children (Michael, Timothy, Jonathan, Elizabeth, Ashley, and Laurie) and currently resides in Caledon, Ontario.

Asked about his hopes for Rougemont’s future, he said he’d like to see St. Thomas Church and its cemetery designated as historical sites and preserved for all time.