Who were the original settlers of Rougement?

Between 1812 and 1820, much of the land along what was then called Rang Rougemont (now known as Rang de la Montagne) was cleared and turned into farms by our earliest forebears, including Peter Truax, Lumos and Oliver Phelps, Garrett Misener, Boswell Yates, Samuel Pinkham and Dennis Downing.

After the War of 1812, which concluded in 1815, former British Army officers such as Daniel and Sias Bachelder and John Carden, and Irish immigrants like Robert and Matthew Standish, similarly decided to make this territory their new home. Taking advantage of the abundance of timber growing on the mountain, these early pioneers established some of the first saw mills in the region, bringing jobs and prosperity.

The image below is a map showing the layout of the early English settlement in Rougemont. 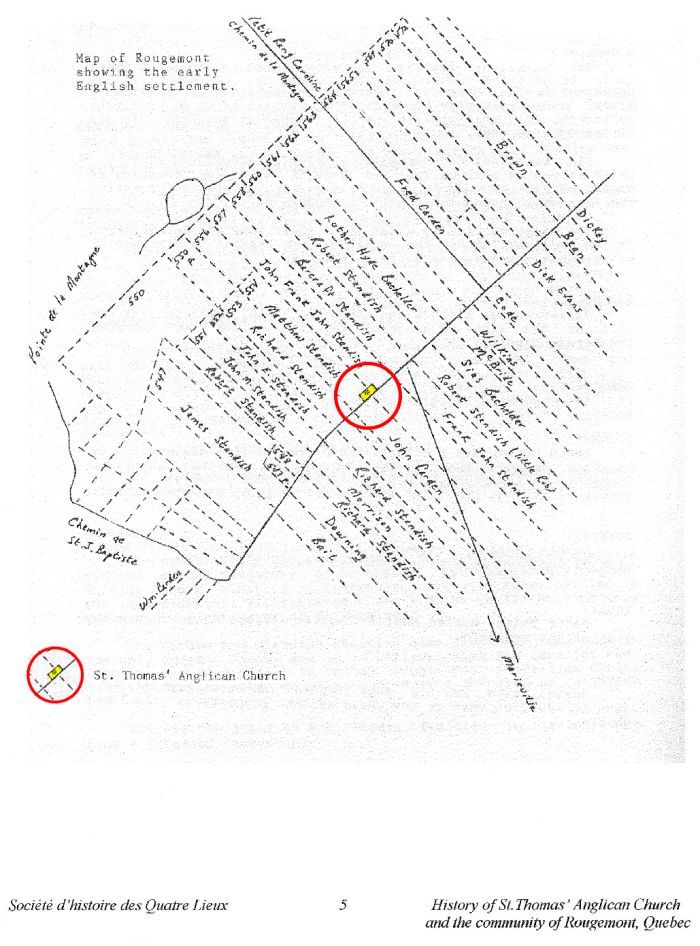 Map of early English settlement in Rougemont (click to enlarge)

Where did the name Rougemont come from?

The territory of Rougemont was named in honour of Sieur Etienne de Rougemont, a captain in the Carignan-Salières Regiment, which came to New France in 1665 and was involved in the defence of Fort Sainte-Therese at St. Jean-sur-Richelieu. The aboriginal name given to the mountain by the Abenaki was Wigwomedenek, which means “house-shaped mountain.” This area is home to 800 plant and 2,000 animal species.

Where was the population of the community in the early settlement days?

What did the early settlers do for a living?

Most – about 75% of the 113 residents who reported their occupations in an 1831 survey – were apple farmers. But a surprisingly large number – more than 15% – defined themselves as journalists. It would seem that recording the events of their lives in the new world was a significant focus of Rougemont's early settlers.

Where did they shop?

At Fred Carden's home. His residence doubled as the settler's first general store. 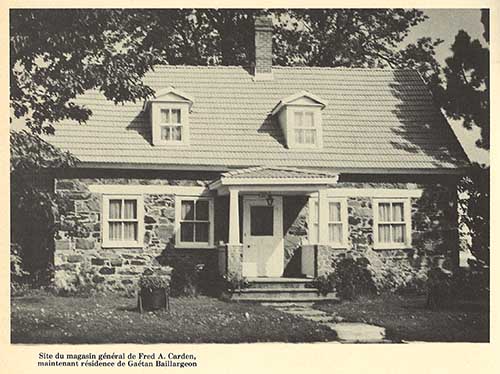 Did the children of the early settlers go to school?

Yes, the first English school was established on the south side of Rang de la Montagne (near the church), and the first classes were attended on September 18, 1833.

The land on which the church stands was donated by Robert Standish and Sias Bachelder in 1840, and the first service was held in 1848. Three years ago, the community held a celebratory 175th anniversary event. Attendees gathered at the church to mark the occasion and also to participate in the first Ancestors Day event.

Also of interest, our early ancestors were interred at Lot 552 (Robert E. Standish’s farm). However, once the church cemetery was consecrated, it became the official burial ground for deceased members of the community, and those who had been buried at Lot 552 were re-interred at the new final resting place.

Concluding on a musical note, St. Thomas Anglican Church boasts one of oldest barrel organs in North America. This rare musical instrument, installed in the church in 1856, still functions today — and a few Rougemont residents continue to play it! 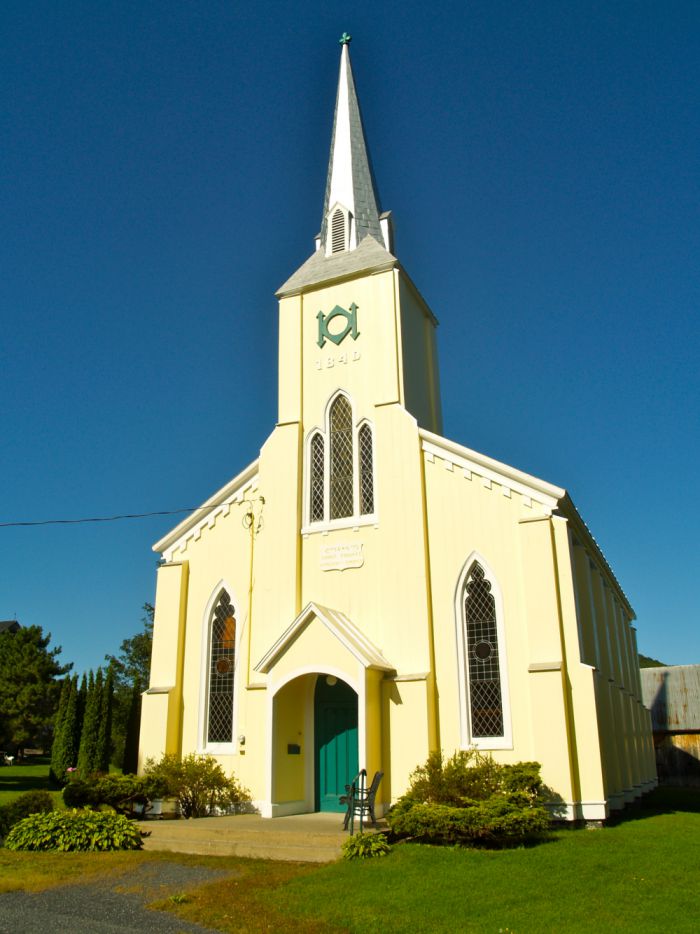